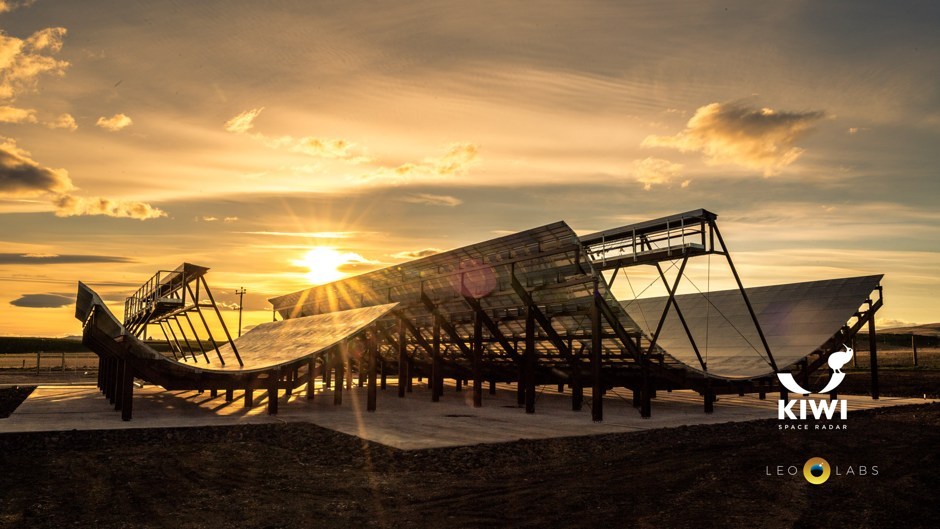 According to NASA Millions of pieces of debris orbit the Earth at speeds of up to 17,500 miles per hour, for reference a bullet travels at about 10% of that speed. This means even a tiny object can cause catastrophic damage to a satellite, something anyone in that business will tell you is a huge and expensive concern.

Orbital debris is a problem that promises to worsen with time and dealing with it is an opportunity for entrepreneurs. Leo Labs is a company building massive scale radar arrays for tracking debris much smaller than current technology is able to. The company just completed a new installations called the Kiwi Space Radar (KSR) New Zealand.

This is the first commercial radar to track objects in low earth orbit smaller than 10 centimeters. The KSR installation uses a phased array radar, that unlike traditional dishes doesn’t need to physically rotate. The beam is directed electronically, allowing it to change targets in milliseconds and scan faster than a physically controlled dish ever could.

This new radar array joins LeoLabs’ two existing sites in the U.S. The company says with it they will expand the number of objects they can track from about 13,000 today to around 250,000.

“The Kiwi Space Radar represents a huge step in executing on our vision for customers and investors,” said Dan Ceperley, co-founder and CEO of LeoLabs. “As thousands of satellites and new constellations deploy into LEO, our mission is to provide a backdrop of data-driven transparency and certainty to support satellite operators, regulators, space agencies, and industries that rely on satellite services. Today’s KSR announcement proves a foundational piece of this vision. Our radar network constitutes a clear strategic advantage for us in building the leading LEO services platform and the ‘catalogue of the future’ for low Earth orbit.”

The data that LeoLabs collects is fed into a software, that sounds like a mix of AI machine learning and good old fashioned programing. This data is bundled with a number of other features and is sold to satellite operators as a software product.