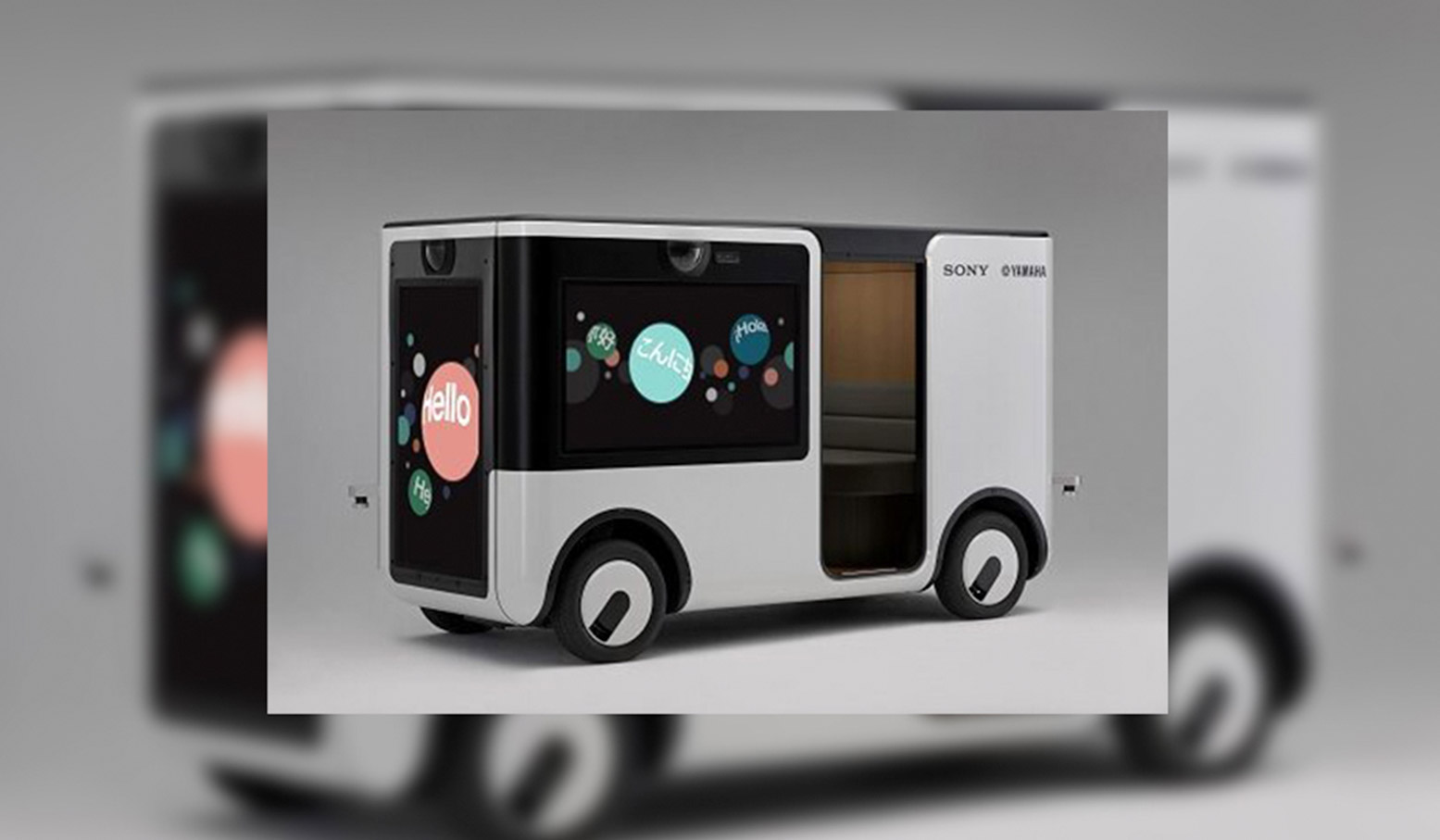 Sony announced a partnership with Yamaha for the joint development on the SC-1 Sociable Cart, a vehicle the company says “delivers a new mobility experience”. Sony and Yamaha plan to launch services using this model in Japan, before April 2020.

Sony says the SC-1 is designed to transform a mere means of transportation into a new opportunity for entertainment. Sony and Yamaha Motor plan to deploy the new SC-1 to provide fun diversions at venues like golf courses, amusement parks, and commercial facilities.

Sony developed the proof-of-concept vehicle prototype in 2016, completing the SC-1 Concept Cart in 2017. It was, 2018 when Sony and Kanucha Bay Resort Co. Using the SC-1 for a limited-time ride experience service on Moonlight Cruise were customers can enjoy augmented reality video and audio entertainment projected on the backdrop of the night sky at an Okinawan golf course Okinawa.

This new Sociable Cart was developed based on the feedback from the Moonlight Cruise and other driving tests. The new model increases passenger capacity from three to five, extends the run time with replaceable batteries, and adds a broader front and rear field of view, along with other design changes.

The SC-1 features image sensors capable of vision beyond human capacity. The SC-1 can sense the surrounding environment, and the ultra-high sensitivity of the image sensors with the high-resolution display inside the vehicle allows the passengers to see their surroundings at night without headlights. Also, in addition to normal operation by the passengers, the SC-1 can also be operated by someone viewing the images remotely.

Along with the image sensors, the SC-1 is also equipped with ultrasonic, two-dimensional laser image detection, and LIDAR system. Making it possible to accumulate travel data for deep learning, which supports optimized driving to provide safer travel.

Show Me The Advertisements

Sony says because the image sensors replace windows with high-definition displays they can use them to stream advertisements (and other content) to people outside the vehicle. The images obtained from the image sensor can feed an AI enabling the information, probably ads, being streamed to be interactive. Sony says the AI can determine demographic attributes like age and gender of people outside the vehicle and can optimize ads accordingly.

For those in the vehicle, the SC-1 incorporates mixed reality technology that can superimpose computer graphics onto the surroundings displayed on the monitor. Thus turning the area once taken up by windows, into an entertainment (I read advertising) area.