Telecoms Crack Down on Robocalls 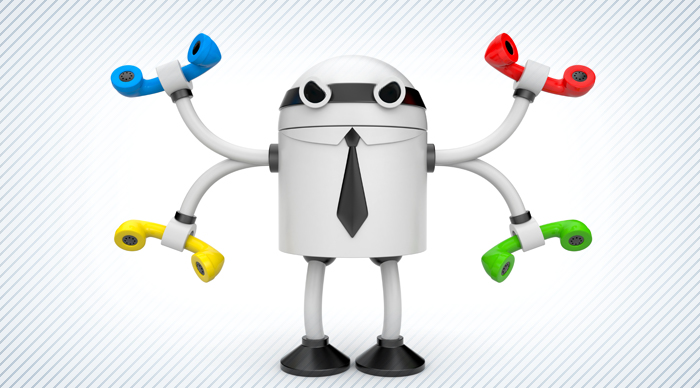 So, you think every other call you receive is from a robocaller concerned about your insurance, credit cards, or mortgage rates? While it may seem that way, its not quite that bad and it seems it is getting better.

Robocalls are on the decline in the United States and according to the most recent figures from YouMail scammers and telemarketing calls are being hit the worst (or the best if you are a consumer).

In June 2019 there were 4.35 billion robocalls made in the United States. While this seems staggering that is actually down 17 percent from March 2019 which had the highest ever recorded number of robocalls at 5.23 billion.

Industry leaders from Verizon, AT&T, and T-Mobile have likewise seen the decrease. Talking at the SHAKEN/STIR Robocall Summit facilitated by the Federal Communications Commission this past Thursday, they concurred that a combination of better spoof detection and analytics are already beginning to positively impact the number of robocalls.

SHAKEN/STIR uses tokens, or digital fingerprints, to assist telecom providers in determining the authenticity of a call. This will help confirm if the caller ID listed is actually the number the caller is using. Kathleen Foster, the director of T-Mobile’s core networks engineering said that they were the first to deploy SHAKEN/STIR. Jeff Haltom, Verizon’s senior planning manager said that Verizon calls made over their LTE network are now using the technology as well.

Although in decline robocalls are still a headache for consumers and many are looking for a solution.

In an interview with Consumer Reports YouMail CEO Alex Quilici said, “This three-month decline in robocall volumes is a positive development, however, we have already exceeded 29 billion robocalls so far this year, which is still nearly 90 calls per person in the U.S.”

One issue with rolling out SHAKEN/STIR is that tier two telecoms in rural areas must upgrade their systems to take advantage of the protocol. Their technology is often many years old and simply not compatible with many modern systems. Lavinia Kennedy, a director at Transaction Network Services which provides analytics to many leading telecoms, says that 87% of bad traffic is delivered via networks other than the tier one providers.

The data shows that despite SHAKEN/STIR the smaller networks must upgrade to deal with this problem.

David Frigen, CEO of the smaller carrier Wabash Communications in Illinois says that his company will be ready to deploy SHAKEN/STIR by Q4 of 2019. Mr. Frigen said, “There’s 800-plus ‘smalls’ with the Rural Broadband Association (NTCA). That’s 800 different board of directors and decision makers as to how they’re going to to do that and when they’re going to do that, so that’s quite a challenge.” Mr Frigen’s full quote can be seen here from Consumer Reports.

SHAKEN/STIR isn’t the only system available to fight robocall. There are many apps to block bad calls such as Hiya, Nomorobo, RoboKiller, TNS, Truecaller and YouMail.

If software won’t work for you there may be another solution. Actually fight the callers. Doc Compton of RoboCalls.Cash has a system people are using to make companies using robocalls pay cash for calling potential customers. It is possible to purchase a kit from this site that details how the process works. The site claims that the kit is the product of years of experience from experts – both attorneys and non-attorneys – who have been nailing these annoying, illegal robocallers for breaking the federal laws that were enacted by congress to make sure they weren’t allowed to call your cell phone without your consent. The kit costs $47 and appears to be trending.

Robocalls are a huge problem for many consumers and it is clear the telecoms are making strides to help alleviate this. How long it will take to get the job done however is very hard to tell.