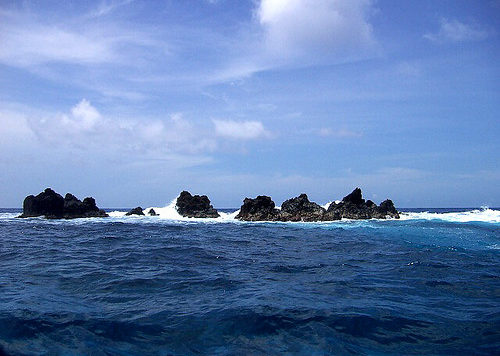 Two headlines caught my eye today, and sadly they are related. Meta (the faceless corp. once known as Facebook) took down a large troll farm on Facebook run by Nicaragua’s government. The tale of the troll farm plays out like I would have expected, from Facebook’s report,

“We removed a network of 937 Facebook accounts, 140 Pages, 24 Groups and 363 Instagram accounts in Nicaragua. This operation targeted domestic audiences in that country and was linked to the government of Nicaragua and the Sandinista National Liberation Front (FSLN) party. We found one portion of this network through our internal investigation into suspected coordinated inauthentic behavior in the region, and another portion — as a result of reviewing public reporting about some of this activity.”

The report adds that these campaigns weren’t limited just to Facebook, saying,

“This campaign was cross-platform as well as cross-government. It ran a complex network of media brands across Facebook, Tiktok, Instagram, Twitter, YouTube, Blogspot and Telegram, as well as websites tied to these news entities. They posted positive content about the government and negative commentary about the opposition, using hundreds of fake accounts to promote these posts.”

This story, right before Nicaragua’s elections this weekend, is huge in it’s own right. But coming as we’ve seen reports from, so named “Facebook Papers”, and interviews with the Frances Haugen who gave a select consortium of reporters access to a trove of documents, creates a bit of a meta-story.

As Karl Bode wrote in TechDirt, “The real problem was who was included in that consortium. And a bigger problem, oddly not talked about until a month into the Facebook leak news cycle, was that much of the developed world was just… excluded… from the coalition by her PR reps. The exclusion of academics and researchers that could make the most sense of the data was a problem. But restricting analysis to most white, western newsrooms, (despite Haugen’s very clear understanding that most of Facebook’s impact problems disproportionately harmed developing nations) is particularly odd and tasteless.”

I have very little to add to Bode’s take here. He’s simply correct. As we see in the report Meta published, and across all the reporting from the leaked Facebook documents, the developing world has been far and away from the most harmed and impacted by Facebook. Why aren’t they at the table right now?

2021-11-01
Previous Post: Virtual Life Is Going To Stay, But Will That Be The Metaverse?
Next Post: Zoom Will Start Showing Ads To Free Users Showing The Future Of The Metaverse