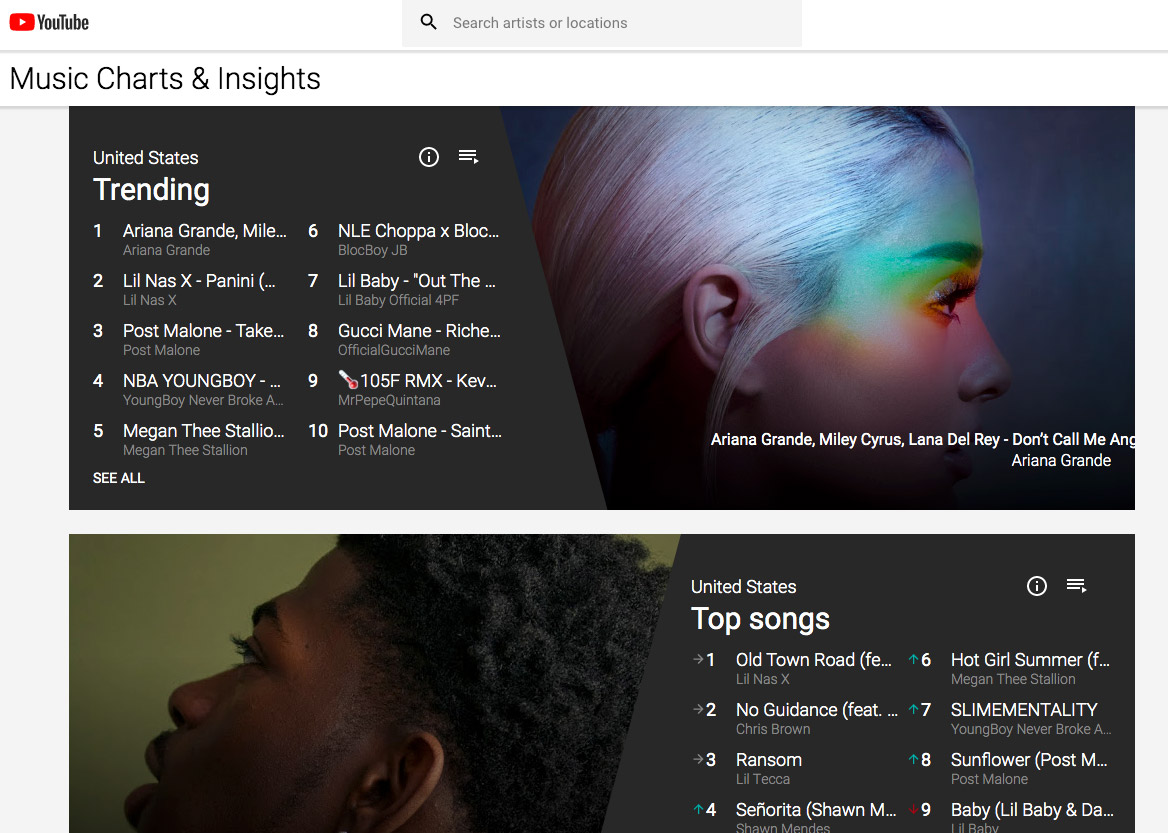 YouTube has become a cultural measure of a songs popularity. It’s something fans, artists and labels all point to as a sign of success.

Yesterday, the company made changes to the YouTube Music Charts, including how videos make it to the top of 24-hour debuts. YouTube Music Charts will no longer count paid advertising views towards the 24-hour tallies and will only rank based on organic view counts. YouTube says these changes will not impact the existing 24-hour record debut holders.

“Our goal is to ensure YouTube remains a place where all artists are accurately recognized and celebrated for achieving success and milestones,” YouTube said in Friday’s blog post. The changes YouTube says are to “…provide more transparency to the industry” aligning the company with with the practises of Billboard and Nielsen.

Related: YouTube Is Changing And Gurus Are Taking Over

The issue of using ads to post up big opening day YouTube view counts came to public awareness, a few months ago. On July 10th the Indian rapper Badshah’s video apparently surpassed the record set by Korean boy band BTS with 75 million views on its opening day, according to the label.

BTS has a large, dare I say aggressive fanbase and this didn’t go over very well on the internet. According to Billboard’s Social 50 chart, tracking how much fans engage online with artest, BTS has been #1 for 143 weeks.

YouTube in that case declined to credit the Badshah with the record, because many of the views were driven by advertising. But other artist who YouTube has recognized like Taylor Swift and Backlink’s were also promoted via ads on YouTube according to Bloomberg.

Related: YouTube Will Start Running Ads On Channels Outside Of The Partner Program

While YouTube’s goal is to keep non-organic views from pushing videos on the the top of music charts, simply removing advertising will not guarantee that outcome. As the New York Times last year reported buying and selling fake views is big business. And we know much of the internet is fake, we just don’t know how much.

2019-09-14
Previous Post: House Judiciary Committee Probing Big Tech For Emails, Algorithms, And More
Next Post: Report: iOS 13 Will Ship With A Bug To Bypass The LockScreen