DDoS Attack Took Down WikiPedia Across Parts Of The World 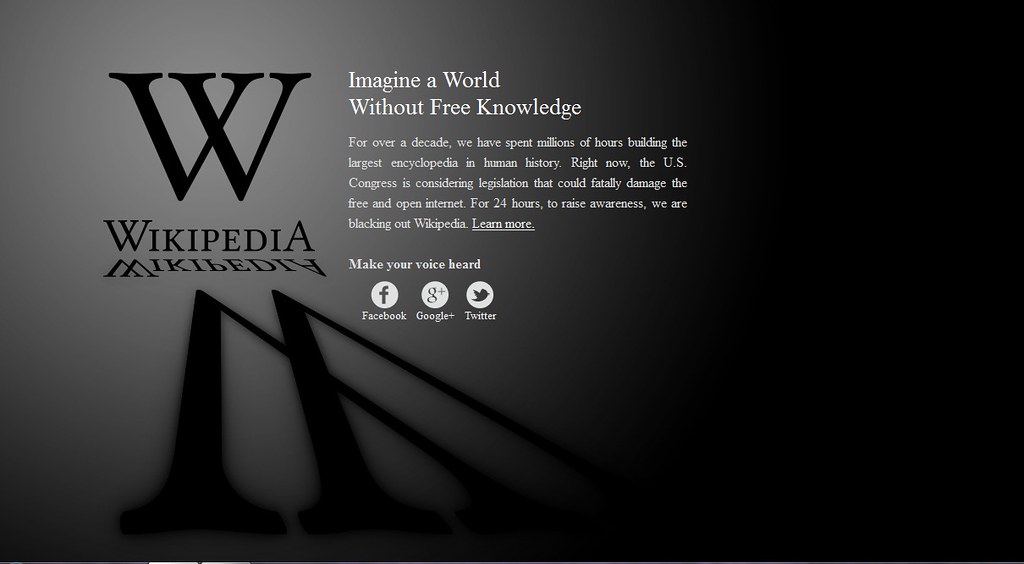 On Friday September 6th, The Wikimedia server was taken offline in Europe as well as parts of the Middle East and the U.S. due to a distributed denial of service (DDoS) attack.

DDoS attack is a large network of computers all trying to access a certain website or internet service at the same time, to deliberately cause the site to collapse under the server load. Often DDoS attacks use botnets like the one recently taken offline by french police, to send tens of thousands of computers, compromised with malware without the knowledge of their owners to a single website in a short time.

“Today, Wikipedia was hit with a malicious attack that has taken it offline in several countries for intermittent periods. The attack is ongoing and our Site Reliability Engineering team is working hard to stop it and restore access to the site.

As one of the world’s most popular sites, Wikipedia sometimes attracts “bad faith” actors. Along with the rest of the web, we operate in an increasingly sophisticated and complex environment where threats are continuously evolving. Because of this, the Wikimedia communities and Wikimedia Foundation have created dedicated systems and staff to regularly monitor and address risks. If a problem occurs, we learn, we improve, and we prepare to be better for next time.

We condemn these sorts of attacks. They’re not just about taking Wikipedia offline. Takedown attacks threaten everyone’s fundamental rights to freely access and share information. We in the Wikimedia movement and Foundation are committed to protecting these rights for everyone.

Right now, we’re continuing to work to restore access wherever you might be reading Wikipedia in the world. We’ll keep you posted.”

According to the NETSCOUT Threat Intelligence Report from 2018, a massive DDoS attack hit Github on Feb. 28, with traffic peaking at 1.3 terabytes per-second, setting ghd record for DDoS attack size.

We don’t have the final number for the size of the wikipedia attack yet. But Wikipedia is one of the largest sites online offering content in 300 languages, and accessed by 1.4B unique devices every month, based on statistics from 2018. Meaning that it would have to be a very large attack to impact the site.

Still even the largest sites have been taken down, not always maliciously. In 2017 the popularity of the Netflix original series Luke Cage crashed the servers for the streaming giant.

Wikipedia is seemily back online now, It’s still unclear who was behind the attack.